Duane Vermeulen led the charge as the Vodacom Bulls almost made a clean sweep at the annual SA Rugby Awards for the 2020 season, with the Springbok No 8 being named Player of the Year for a second time. Vermeulen walked off with two awards, including the overall gong for SA Rugby Player of the Year, while the Vodacom Bulls, champions of Vodacom Super Rugby Unlocked and the Carling Currie Cup, won in

The two new signings at the Toyota Cheetahs, Jacques Potgieter and Brandon Thomson reported for duty at the team on Monday to start with their respective contracts.The former Springbok loose-forward, Potgieter, has signed a one-year contract at the Toyota Cheetahs after having gone through a trial period at the team.At 34-years-old Potgieter brings a lot of experience to the team after previously having

CONGRATULATIONS TOYOTA – OFFICIAL SPONSOR OF THE TOYOTA CHEETAHS FOR 10 YEARS!

Safe Working Practice, the Compliance sponsor for the Toyota Cheetahs, wish to congratulate Toyota on their outstanding 10-year milestone of being the Official Sponsor of the Toyota Cheetahs. During this time Toyota has been leading the way to prove the value of trust, support and unwavering loyalty. As a sponsor, we are looking up to you Toyota! We are proud to be associated with this outstanding

The list of nominations for the SA Rugby Player of the Year Awards for 2020 has a distinct blue tinge to it, with the Vodacom Bulls underlining their dominance of the season with a host of names on the shortlists. The Vodacom Bulls accumulated 11 nominations out of a possible 22 for which they were eligible, with Springbok No 8 Duane Vermeulen leading the individual lists with three nominations, in 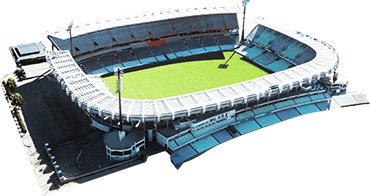 view our team in action